Inspired by my new iPhone 4 lying on the table – and looking oh so pretty!

Before you read any further you must know that I am a huge Apple-phile! Put about twenty u’s in huge and type it out in 32 – font, bold and underlined – kind of huge! So you will find some of that love showing up in this post.

But this post is not about how much I love Apple but what makes Apple and Apple products so special that it has become the largest tech company in the world. There has been a lot of literature on what makes Apple so special – here’s a summary (in my assumed order of priority): 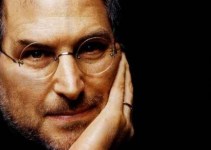 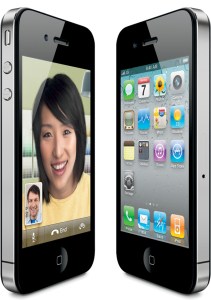 Beyond all of this – I think there is one intangible that people don’t really talk about – the real secret sauce – it is the instant ‘Likeability’ of the Apple devices.

Let me explain – Likeability is not an independent variable and is in fact created by a combination of the above 5 factors working in unison. It is more an effect than a cause I guess. There are many reasons to hate Apple – closed system, ridiculous varianting, gradual escalation of functionality, exclusivity with AT&T (for US folks), etc. Yet, people / critics don’t hate or trash any of their products. I have not come across anyone who says – ‘The iPhone / iPad / iPod  / Mac is a shit device and I will never buy it!”. You might say, “Oh, my Galaxy S is more functional” or “Oh, I am an Android guy” or “Oh, I just dont understand how this Mac stuff works”. You might not buy Apple for functionality / affordability or any other reason but you won’t find folks trashing it like Gizmodo did to the Nokia N8!

There is something about any Apple device that appeals to your inner senses – the good looks, the ease of usage, the responsiveness. The charm works in different ways and at a different pace on different people but the bottomline is – it JUST works! I wonder how many companies create products with this end in mind – ‘It doesn’t matter whether the customer buys our product or not, he/she must LIKE it and hopefully, at the end of the day, he/she will buy it!’ I wonder if Apple itself plans products towards this objective- but serendipity or cautious planning, Apple products have a likeable DNA which very few other companies possess!

My longest post on this blog till date – apologies for it!

Disclosure: I don’t know how many people judge other people based on the phone they carry – I know I do – and a lot of scoundrels have gotten away with favourable opinions because they carry iPhones!